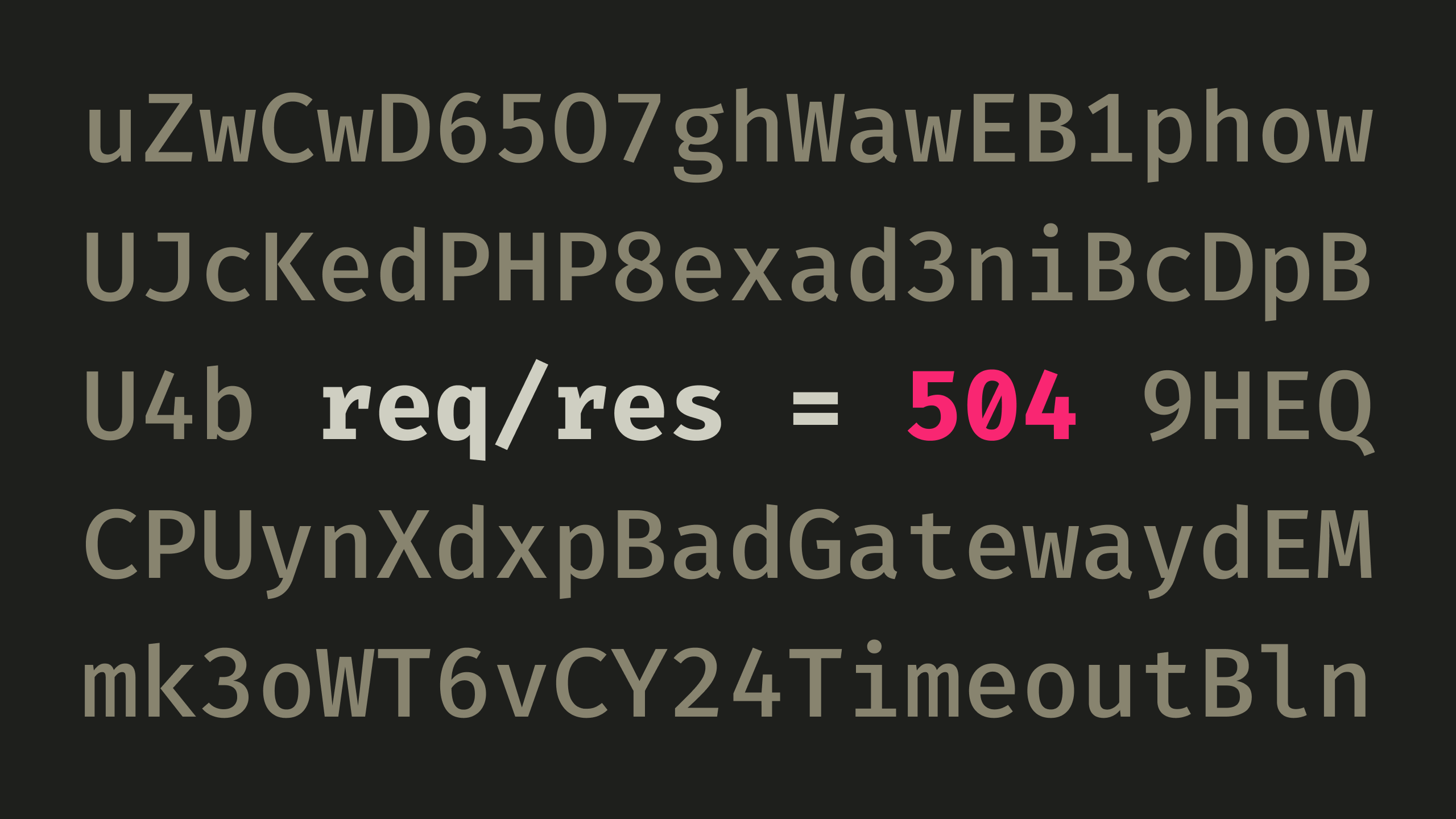 I was working on a PHP site that suddenly started returning 502 Bad Gateway and 504 Gateway Timeout errors after an update that worked fine locally and on the staging server.

At first, I thought the issue was in EFS, because the errors were accompanied by strange charts in the file system dashboard:

I thought that maybe we've reached the throughput limit(opens in new tab) of the file system and files came in way too slow, causing timeouts. However, this didn't make much sense because as it can bee seen on the screenshot above, the throughput utilization had barely reached ~25% at its peak.

Crossing off throughput as the issue, I wanted to see what was causing the unexpected spikes in EFS. Maybe there was a way to get something like a log file with all reads and writes to the filesystem, similar to the access.log file that nginx outputs. I asked on Server Fault(opens in new tab), but didn't get an answer, so I hacked my own logging functionality in the core Kirby helper class for reading and writing files.

So what was the issue? The increased data read could explain the EFS spikes, but at the same time, we didn't go beyond any limits.

Apparently, I was missing something, so I logged on one of the machines and started searching for information.

In /var/log/php-fpm.log, I found the following warnings:

The PHP docs about max_children(opens in new tab) state:

This option sets the limit on the number of simultaneous requests that will be served.

So it was becoming apparent where the bottleneck lied. We weren't hitting the EFS limits, but the compute limits of our servers.

In /var/log/nginx/error.log, I found the following error:

…which could explain the 502 Bad Gateway errors — nginx was not being able to connect with PHP. There were also these errors:

…which could explain the 504 Gateway Timeout errors — nginx could successfully connect, but then PHP took way too long to respond.

Once I looked closer at the Monitoring tab in Elastic Beanstalk(opens in new tab), things started to make sense. On average, we were getting around 2.5 seconds response time, while receiving about 2 requests per second. We were load balancing two servers, so each one was handling about 1 request per second. This meant:

This 2.5 request-response ratio means that by the time 1 response is served, 2.5 new requests have come in. PHP responds to that by spawning more processes to handle the overwhelming load, until it reaches the maximum allowed processes, which in my case was 50. After that, it just refuses to accept any more requests and that's when the errors start.

Since we were using Elastic Beanstalk, it should have spawned more servers to handle the load, right? If we had 6 servers, rather than 2, we would've had:

With a request-response ratio of less than 1, we'd be receiving requests at a lower rate than our response rate and everything would've been fine. So why didn't EB spawn more servers?

Well, from the perspective of Elastic Beanstalk, everything was going great. It had no reason to spawn any more servers, because our scaling metric was CPU utilization, and there was not a single threshold crossed. CPU load was indeed higher than usual, but not enough to be treated as a breach. The max_children setting was preventing that from happening, because PHP couldn't spawn enough processes to get the CPUs hot enough.

At first, we didn't know what was happening, so we manually spawned more servers in Elastic Beanstalk with the hopes of fixing the problem. It worked out, for reasons I've already explained. But after a while, the errors started popping up again, so we rolled back the breaking changes.

After discovering the 20MB per request thing and fixing it, our response times dropped from 2.5 seconds to around 0.5, so we removed the extra servers and everything was back to normal.

Bottlenecks are a lot harder to debug, compared to regular errors, because the code actually works and behaves as expected. They're harder to come across locally or on a staging server, because it's the load that's causing the problem, not the logic.

In those situations, data is your friend, and making sense of it is key. I was able to discover the problem thanks to a simple calculation, so I've made a server load calculator that allows you to easily do the same thing yourself.