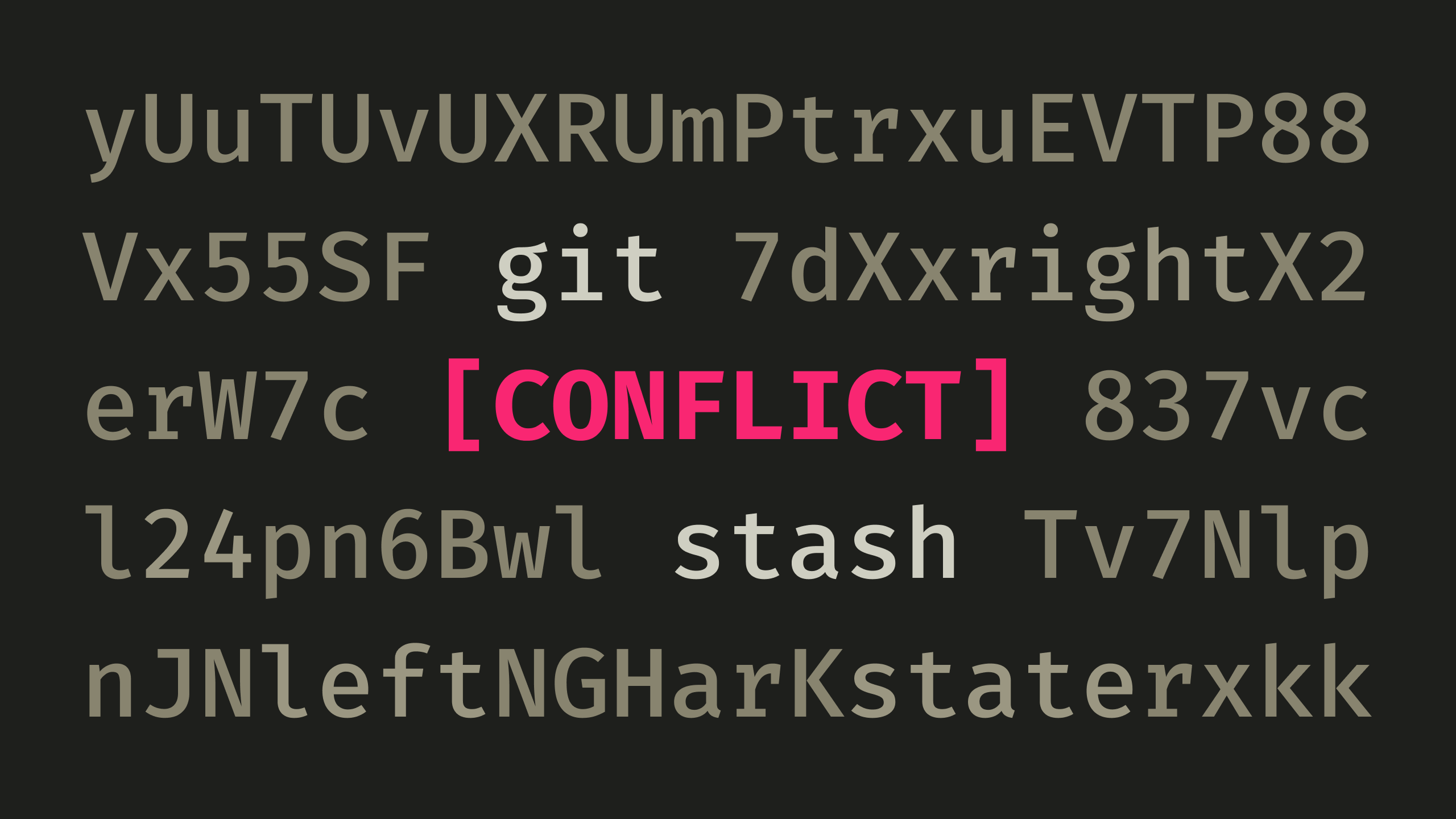 I've had several occasions where I'd receive a conflict after popping a git stash. But how does it make any sense? A stash is not attached to any commit. It's just the previously saved state of one file, slapped on top of the current state of the file.

As answered on Stack Overflow(opens in new tab):

To get a merge conflict within one file in the work-tree, Git must see the same line changed by both left and right side versions, but changed in different ways.

On the surface, that doesn't apply here, because there is no "left" and "right" side. You're not merging one branch (left) with another branch (right). You are instead applying a stash, which is not related to any branch or commit. Why couldn't Git just "paste" the stashed contents of the file on top of the current ones?

The answer lies in what "current state" means. It implies that a stash simply stores the current state of the file. But that's not what actually happens. It stores the changes inside the file. And a change represents the transition between two distinct states. This means that for each file, a stash relates to both the stashed change and the original version of the file at the time of stashing.

Let's say you have two branches, both containing a file with the contents "foo". You're on feature branch "feat", make some changes, stash them, then pop them on branch "main". It might look like this:

In this case, everything worked alright. But let's suppose that we make a commit on branch "feat" that changes the content, before stashing a new change and popping it on "main":

Now, we get a conflict. If it were an actual file, we'd see this:

Why does that happen? Well, in the first scenario, we:

However, in the second scenario, we:

So this is where the left and right side thing mentioned earlier comes into play. We have "foo" in our worktree on "main" (the left side), "bar2" as the original content of the stashed file (the right side), and a stash that states "2" turns to "3":

On the other hand, in the first example, we have "foo" on both sides, and the change from "foo" to "bar" in the stash:

Here, Git has no issues, because it compares apples to apples and allows you to turn them into oranges. It's not trying to turn oranges into tangerines, when all you have is apples.

Here's how the second scenario would pan out if we didn't commit:

…and Git can yet again apply the stash successfully.